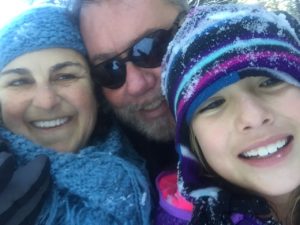 Carter Pittman, a native of the Southwest, has lived on the Central Coast for 16 years. One of the founding members of the Friday Night Writers group, his stories and poems have been included in various publications over the past 20 years. His genres are as eclectic as his subjects, ranging from memoirs to science fiction/fantasy, some of which have won writing awards.

“Like my characters, I like to explore,” says Pittman, “and what better way than from behind a keyboard, where the possibilities are infinite?”  Pittman lives with his wife Ravelle, daughter Lyla, as well as Noche, an enormous black dog, and Binx, a small—but extremely suave—black cat.